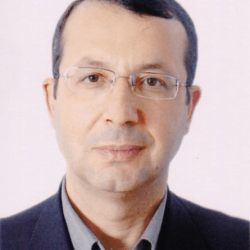 Fakher Jamoussi Professor at the Water Researches and Technologies Center (CERTE) obtained a State Doctorate in Geological Sciences at Tunis El Manar University in 2001 on Valorisation of Tunisian Clays. He obtained his Phd Doctorate in Geology at Tunis II University in 1991 on Geomaterials of the Gafsa region. His career began in 1985 at the Tunisian National Office of Mines as a Geologist then at INRST (Institut National de Recherche Scientifique et Technique) in 1986 as a Geological Engineer and from 2006 at CERTE. Founding member of the Georessource Laboratory since 1997 and President of the Tunisian Clay Group. Author of more than 85 national and international publications and more than 283 communications. Coordinators of more than 33 national and international projects on Geomaterials. Supervisor of more than 15 Masters and 15 Doctorates Theses. His areas of expertise cover mineralogy, identification, valorization of Geomaterials, mapping of Geomaterials and Technology Transfer.